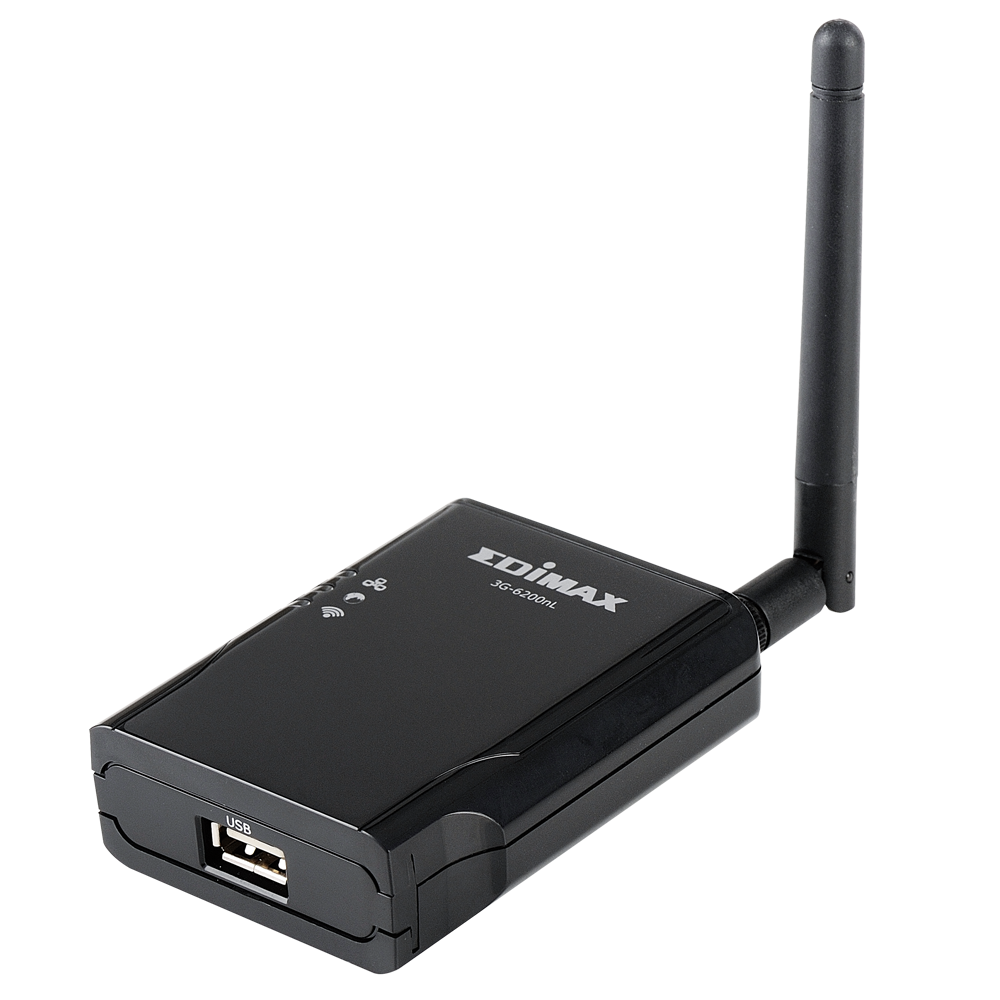 Compact with Multi-language User Interface
The Edimax 3G-6200nL is currently the world's smallest wireless 3G router! Configuration is made extra easy as the built-in 14-language graphical user interface guides you from start to finish.

Easy setup with EZMax Multi-language wizard
In addition to the built-in user interface, a unique multi-language setup wizard is included on the installation CD. You can setup the router to the Internet within minutes using the easy-to-follow animated steps.

* You can switch Ethernet port as a WAN port, and connect 3G-6200nL router Ethernet port to your cable/ xDSL modem as a backup.
​