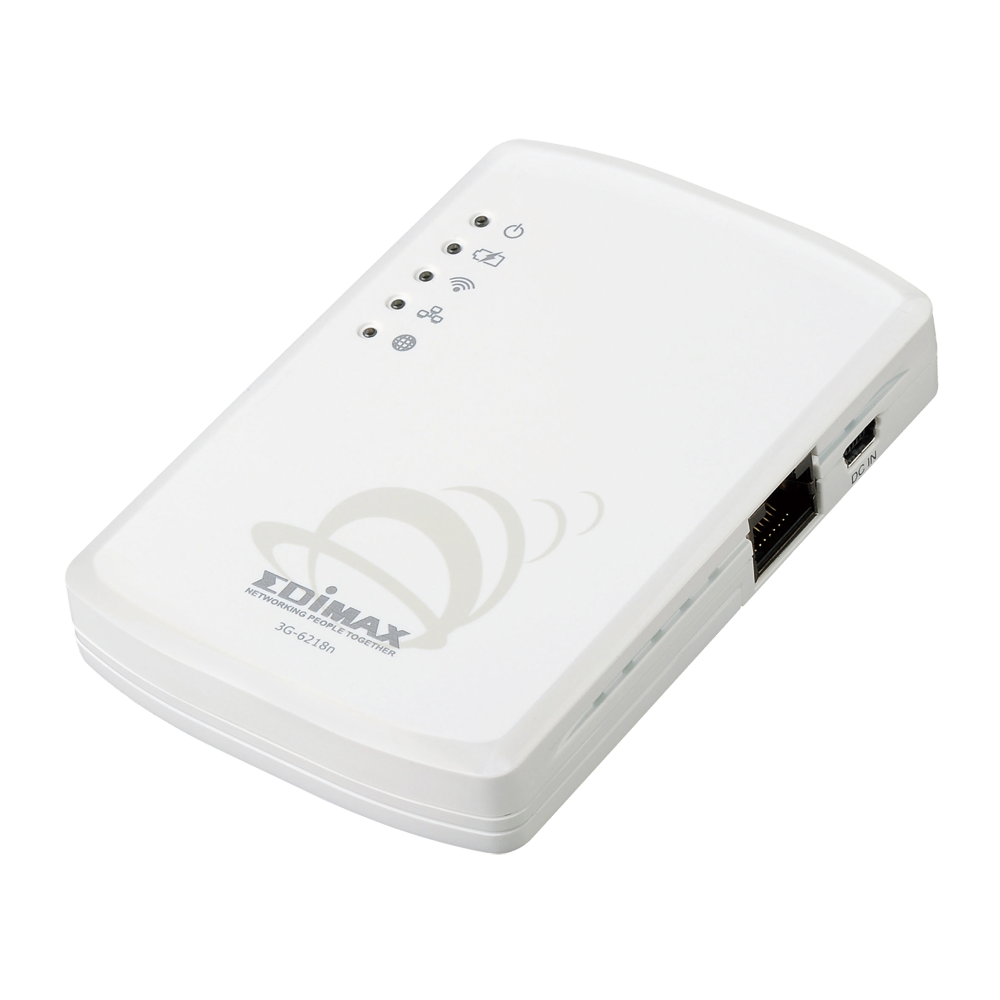 Compactness and a Built-in Rechargeable Li-ion Battery for True Mobility
If you often need to share your Internet connection where a power outlet isn’t available, the 3G-6218n 3G router is the best choice for you. Not only is the 3G-6218n currently the smallest 3G router around, the built-in rechargeable Li-ion battery allows this miniature 3G router to be used virtually anywhere. Multiple users can enjoy up to 4 hours of wireless connectivity in a park, on a train, or even in the desert on battery power alone.

Supports Both 3G/3.5G and Cable/xDSL Modems*
Simply connect a 3G/3.5G USB modem card to the built-in USB port and this little broadband router will share your Internet connection with others at speeds of up to 14.4Mbps. When 3G/3.5G Internet access is not available, you also have the option of connecting a cable/xDSL modem to this device via the built-in Ethernet port. The 3G-6218n is capable of switching to your wired Internet connection automatically. (* Please check here for the 3G/3.5G USB modem card compatibility list.)

Designed with the Latest Green Ethernet Technology
With the latest green Ethernet technology, the 3G-6218n is able to adjust its power supply according to Ethernet activity and the length of the cable used. By using only the amount of power needed, this 3G router allows for high performance while maintaining minimum power consumption.

Impressive Data Transmission Rates via IEEE 802.11n
The Edimax 3G-6218n complies with IEEE 802.11b/g/n standards. Its wireless data transmission rate can reach up to 150Mbps and its signal coverage is 3 times greater than standard 802.11g/b routers.


APPLICATION DIAGRAM * You can switch  Ethernet port as a WAN port, and connect 3G-6218n router Ethernet port to your cable/xDSL modem as a backup.
​