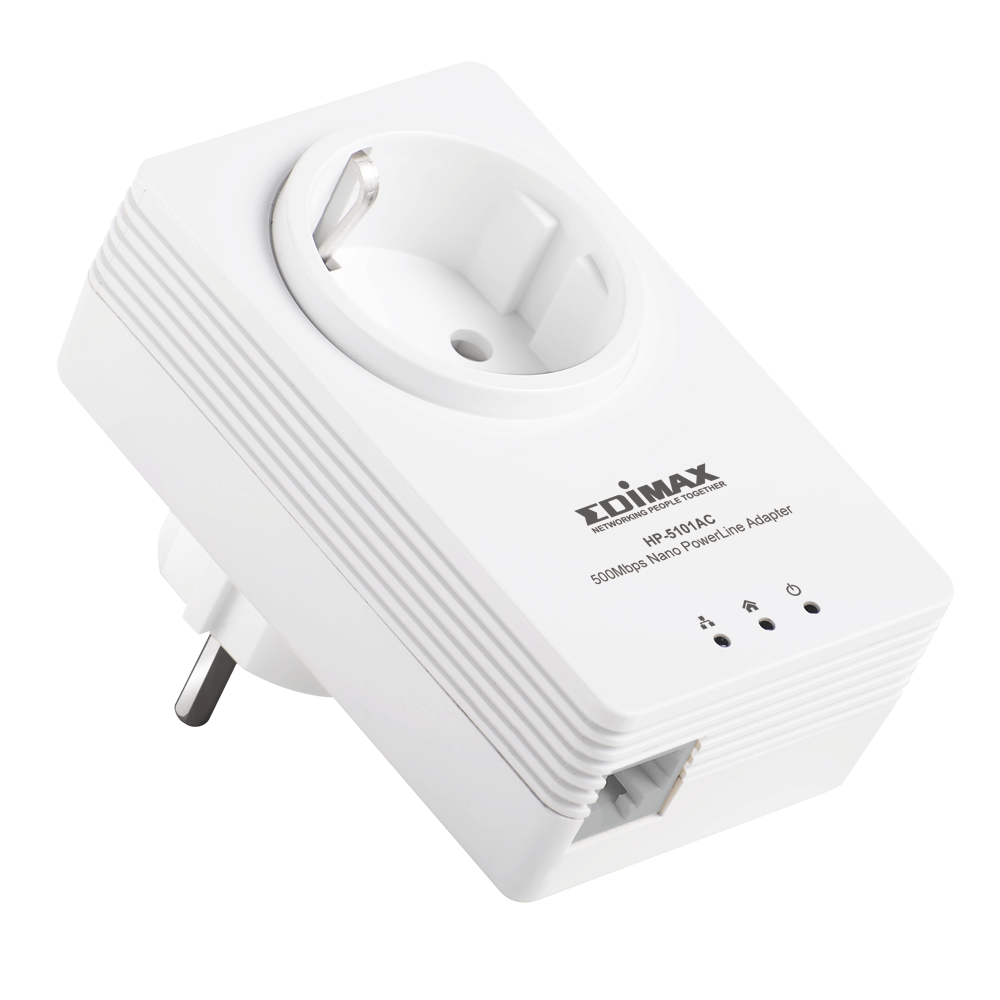 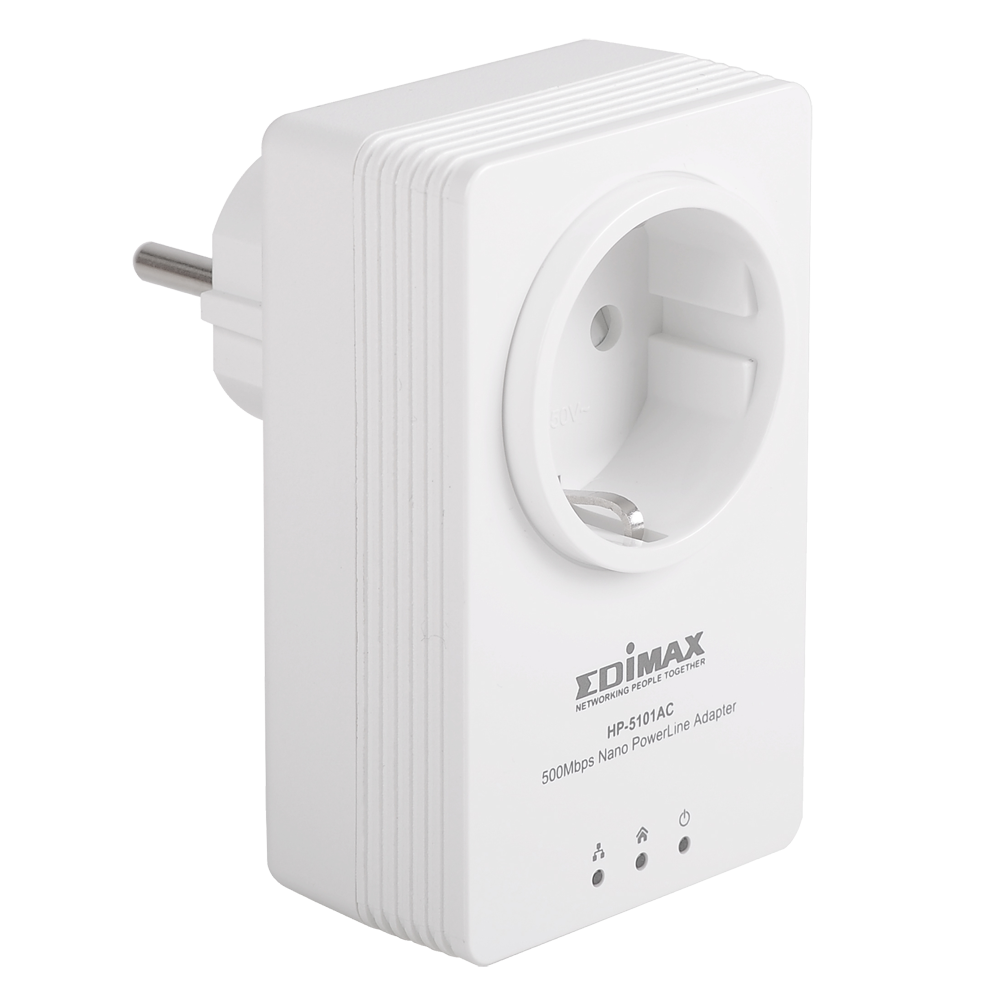 Transmit Network Data via Existing Electrical Wires
The Edimax HP-5101AC can turn the existing electrical wires in your home or office into a high-speed network. Complicated, disruptive and unsightly cabling is no longer necessary - if your home or office doesn’t have an existing Ethernet cable infrastructure, the HP-5101AC enables you to create a network environment easily and cost-effectively.

Integrated Power Socket with Noise Filter
With the Edimax HP-5101AC, no electrical outlet goes to waste. It is built with an integrated power socket, which you can use with any electrical device. So even when the HP-5101AC is plugged into a socket, you can still plug another electrical device into the HP-5101AC and have your usual socket capacity. The in-built noise filter also ensures that you do not experience a sudden drop of network speed when a high power consuming electrical device is being used.

500Mbps HomePlug AV Standard & IGMP Support
The Edimax HP-5101AC not only complies with the HomePlug AV standard but also supports IGMP managed multicast streams. The HP-5101AC can transmit network data over existing electrical wires at speeds of up to 500Mbps. It is also backward compatible with the 200Mbps HomePlug AV standard and has a transmission range of up to 300 meters. IGMP can be used for online gaming and video streaming applications, and allows for more efficient use of network resources. With the HP-5101AC, you can transfer high-definition video and digital audio quickly and easily.

​*Powerline adapters must be deployed in sets of two or more.

500/200Mbps is the maximum theoretical communication speed at the physical layer via electric power lines based on the IEEE 1901 standard. 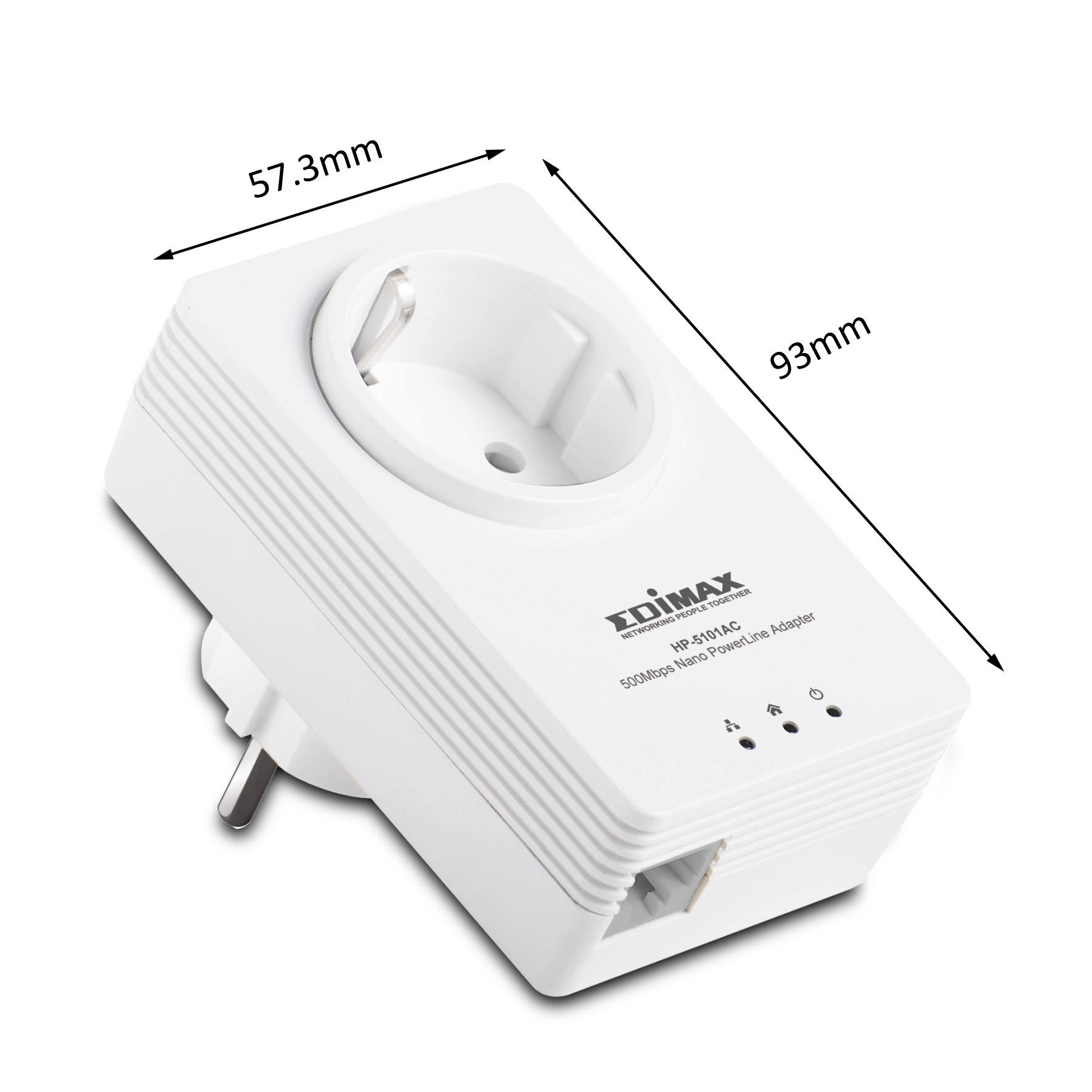