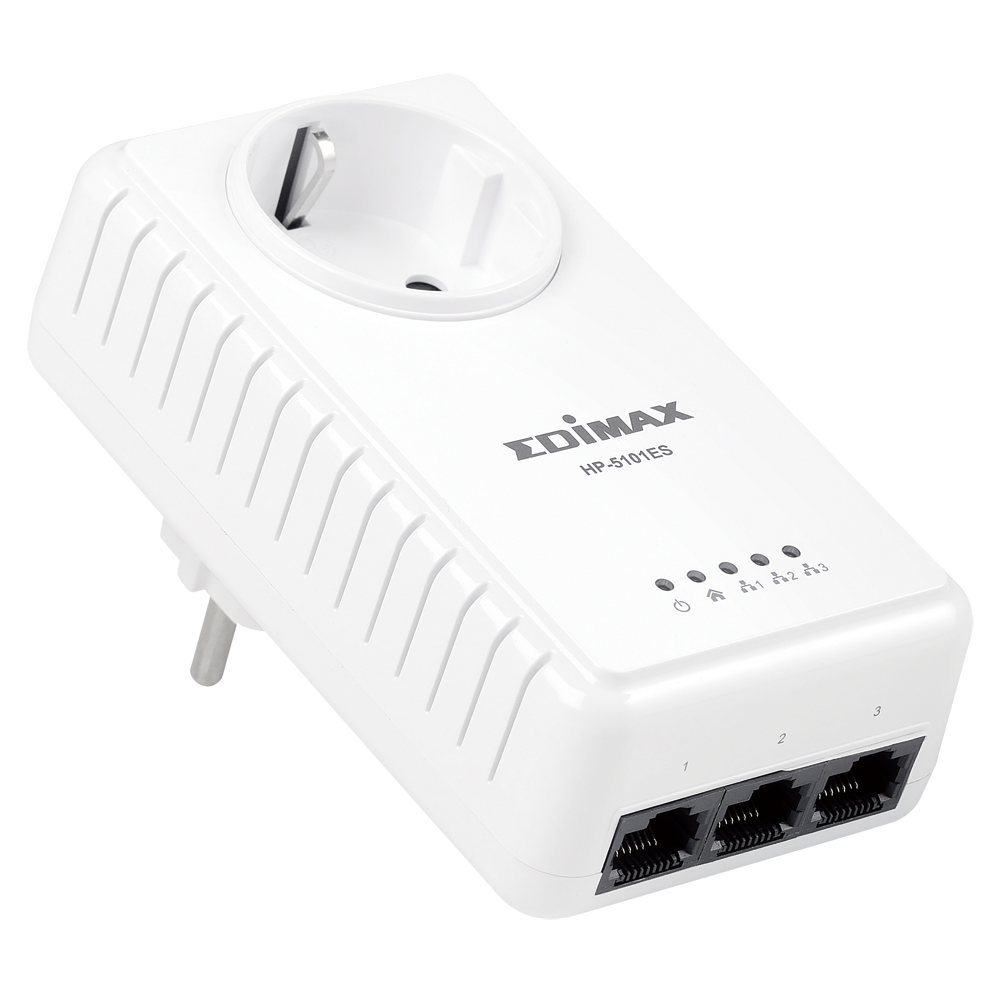 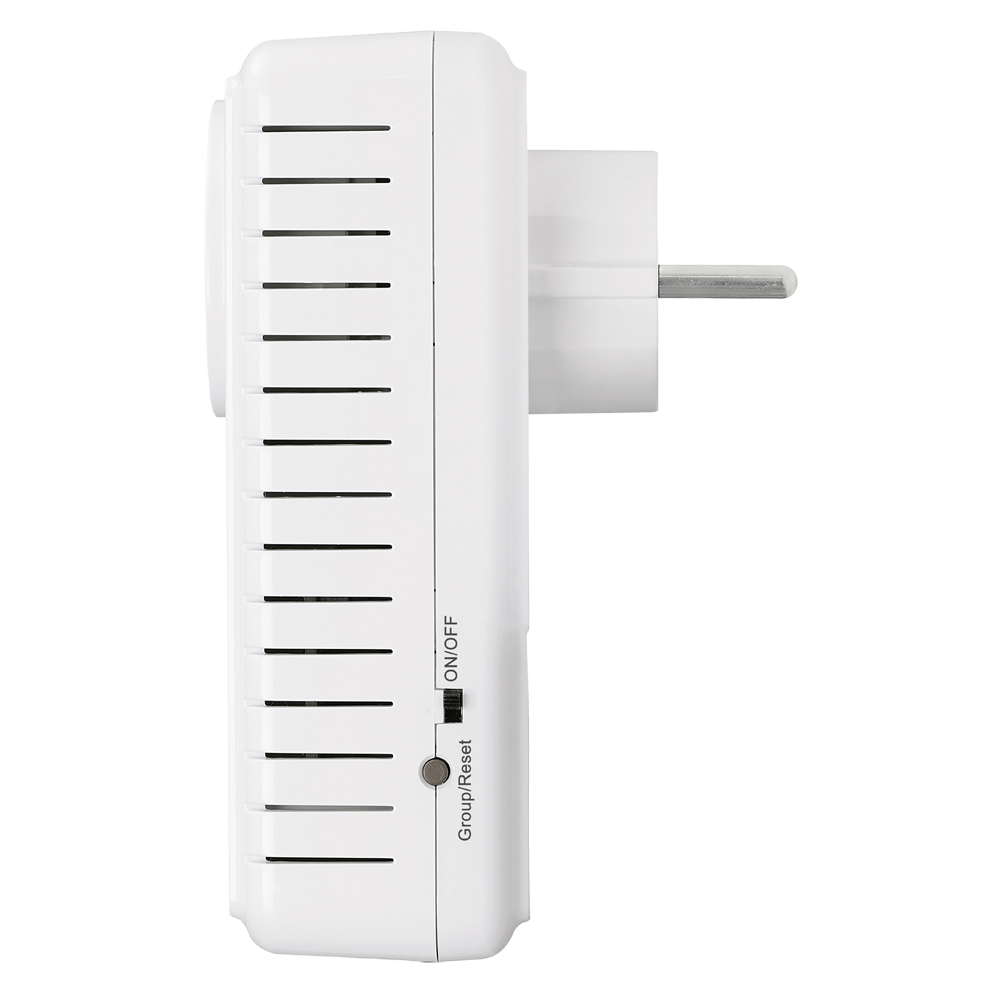 Unsatisfied that your wireless can’t reach certain areas in your house? Powerline is an ideal and simple solution for you. Edimax’s HP-5101ES AV500 Powerline 3-Port Switch extends your internet access with standard power outlets to create a 500 Mbps high-speed network to any room without internet dead spot and no more messy wires running through your house. Integrated power socket for other electrical appliances , the HP-5101ES won’t interfere with your usual power requirements.

Unlike Wi-Fi devices with limited bandwidth, HP-5101ES is perfect for high-bandwidth applications like HD video and audio streaming, and it's compatible with any networking Ethernet-enable devices. With 3 Fast Ethernet ports, you can connect more devices to HP-5101ES per room . HP-5101ES expands your network to the locations wireless cannot, so it is ideal for computers, home theater, smart TVs and gaming devices.  It provides you an expandable and easy to set up network at home.

Transmit Network Data via Existing Electrical Wires
The Edimax HP-5101ES can turn the existing electrical wires in your home or office into a high-speed network. Complicated, disruptive and unsightly cabling is no longer necessary - if your home or office doesn’t have an existing Ethernet cable infrastructure, the HP-5101ES enables you to create a network environment easily by Plug-and-Play, and cost-effectively.

Integrated Power Socket with Noise Filter
With the Edimax HP-5101ES, no electrical outlet goes to waste. It is designed with an integrated power socket, which you can use with any electrical device. So even when the HP-5101ES is plugged into a socket, you can still plug another electrical device into the HP-5101ES and maintain your original socket capacity. The in-built noise filter also ensures that you do not experience a sudden drop of network speed when a high power consuming electrical device is being used.

500Mbps AV500 Standard & IGMP Support
The Edimax HP-5101ES supports IGMP managed multicast streams. The HP-5101ES can provide users with a stable high-speed data transmission rates of up to 500Mbps over the existing electrical wires. It is also backward compatible with the 200Mbps AV200 standard and has a transmission range of up to 300 meters. IGMP can be used for online gaming and video streaming applications, and allows for more efficient use of network resources. With the HP-5101ES, you can transfer high-definition video and digital audio quickly and easily.

3-Port Ethernet Switch
Connect up to three network devices  at super-fast speeds with built-in 10/100Mbps Ethernet ports for flexible connectivity. Expand your home network to include a home entertainment system or printers and storage solutions from any room .

Energy Saving
The HP-5101ES supports the energy saving mode to reduce power consumption.  If no data transmission or reception occurs over a certain period of time, the switch will automatically go into standby mode to save power up to 50%.

*500/200Mbps is the maximum theoretical communication speed at the physical layer via electric power lines (i.e. speed between Powerline devices) based on the IEEE 1901 standard.