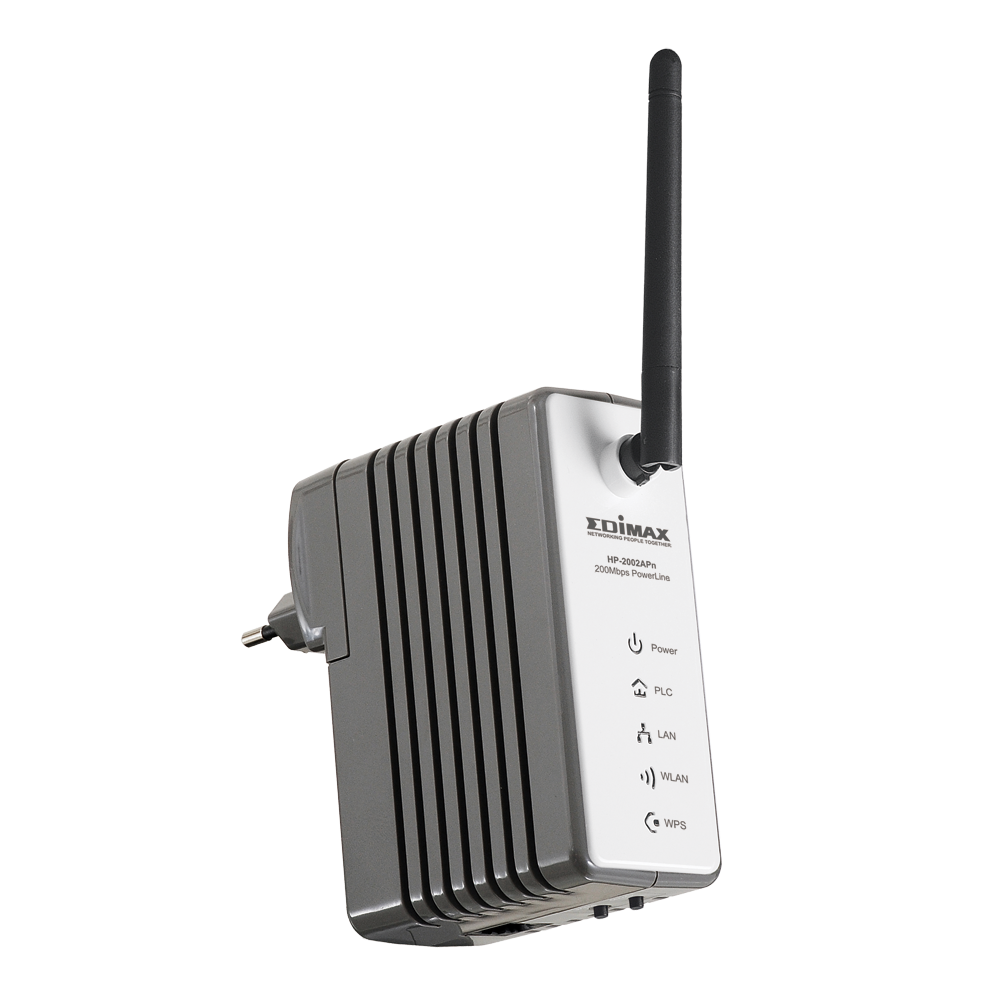 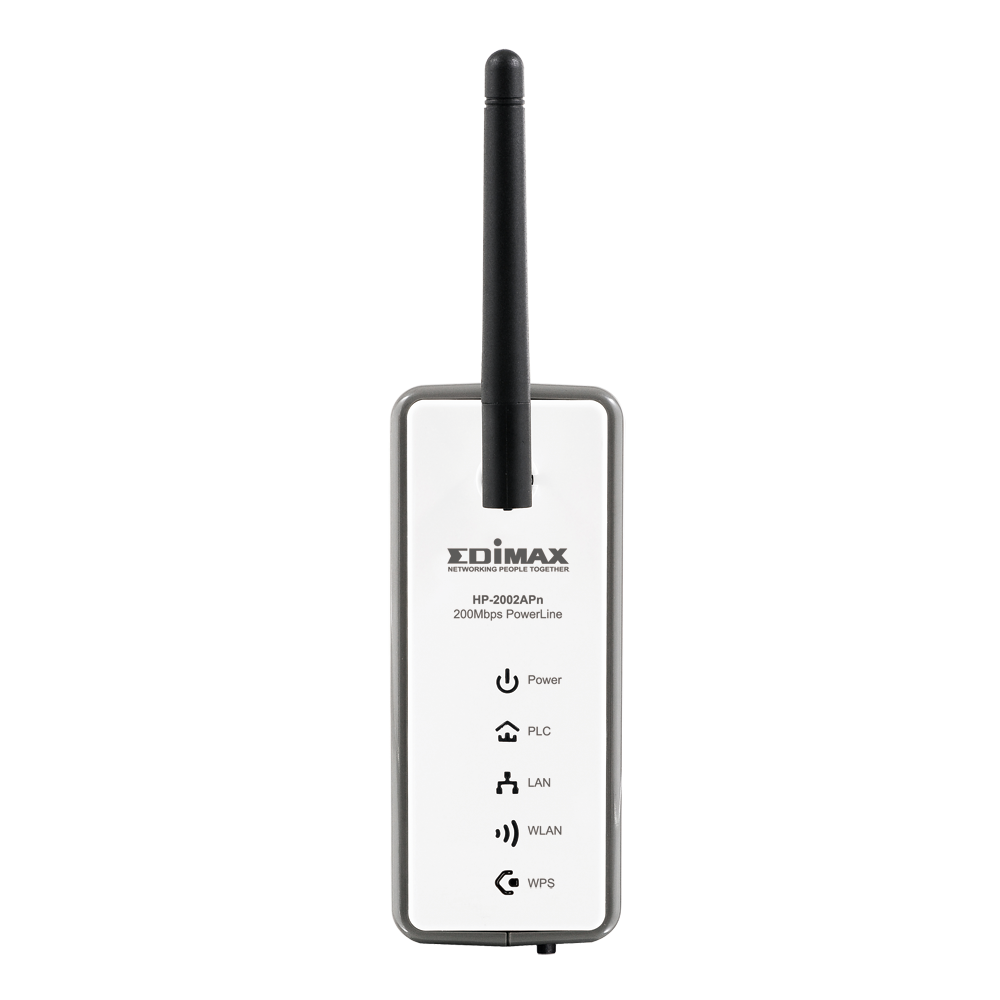 (For Middle East Only)

All-in-one Device
The HP-2002APn is an all-in-one device integrating Powerline adapter, 150Mbps wireless access point and one 10/100Mbps Ethernet port. You can use Ethernet port and wireless access point to connect with existing network devices (wired or wireless), while using Powerline network through the electricity circuit. The HP-2002APn is the perfect choice to extend the network in an environment unable to deploy Ethernet cables or wireless.

The HP-2002APn turns the existing electric wires in your home or office into a high-speed network. You don't have to install the network cables and be annoyed with the cables planning-- just use the electric wires that already run through the building! Just plug the HP-2002APn into the power socket on the wall, and connect your Ethernet-equipped device or wireless devices to the HP-2002APn and you've turned your whole house into network infrastructure!

Easy Installation
A unique Ezmax Setup Wizard is included in the installation CD. The Wizard helps you to install the HP-2002APn and setup wireless SSID and security of HP-2002APn within minutes!

Supports 8 SSIDs & QoS & IGMP v2
The HP-2002APn supports 8 different SSIDs for  wireless clients. Each SSID  can have different wireless security  settings which allows you to segment wireless traffic. The HP-2002PAn built-in Quality of Service ( QoS ) provides an efficient way for computers in the network to share the internet bandwidth with a guaranteed quality of Internet service. With up to 200Mbps data rates and IGMP multicast, you can run streaming video and VoIP applications smoothly.

Supports 128-bit AES/WEP/WPA/WPA2/WPS/802.1x for Security
HP -2002APn supports WEP/WPA/WPA2/MAC filter to protect your wireless network from eavesdroppers. It also supports 128bit AES encryptions for Powerline transmission. The robust security is important to avoid Malicious intruders when you build up a network.

​*Powerline adapters must be deployed in sets of two or more.

200Mbps is the maximum theoretical communication speed at the physical layer via electric power lines based on the IEEE 1901 standard.
Share

SPECIFICAITONS
​
*Maximum performance, actual data rates, and coverage will vary depending on network conditions and environmental factors.
*Actual viewing resolution and frame rate of network cameras depend on connection speed.
*Product specifications and design are subject to change without notice.